​Finally, a chance to slow down!
The beautiful, quiet town of Porto offered us the relaxing little break we desperately needed. We picked one activity each day and used the remainder to nap in the gardens or play card games over a glass of wine. It was perfect! 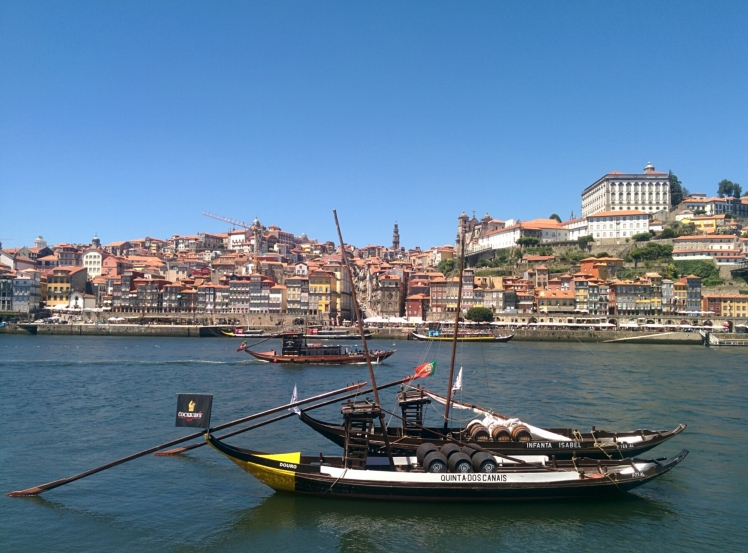 Positioned alongside the river and ocean, the town of Porto is filled with the sound of seagulls and the smell of a salty wind. Old wooden boats, originally used to transport local wines, still line the river banks. Extravagant, ancient buildings are found around every corner. Yes, we were going to love it here, especially after learning a few fun facts about the town of Porto…
Fun Fact Number 1:

Ever wondered where Port wine got its name from?
If not I bet you can guess now!
Yes Porto, named because of its harbour, began distributing Port wine to the British many centuries ago. In fact Croft Cellars was established in 1588 and still remains one of the largest and most visited port Cellars in Porto. So guess where we enjoyed a Port tour and tasting?
As a teenager, I distinctly remember screwing up my face just at the smell of Mum and Dad’s port, but on this occasion I was in heaven! It was delicious and we couldn’t go past buying ourselves a bottle of the Ruby – a cheap 10 euros! Just a little cheaper then back in Australia… 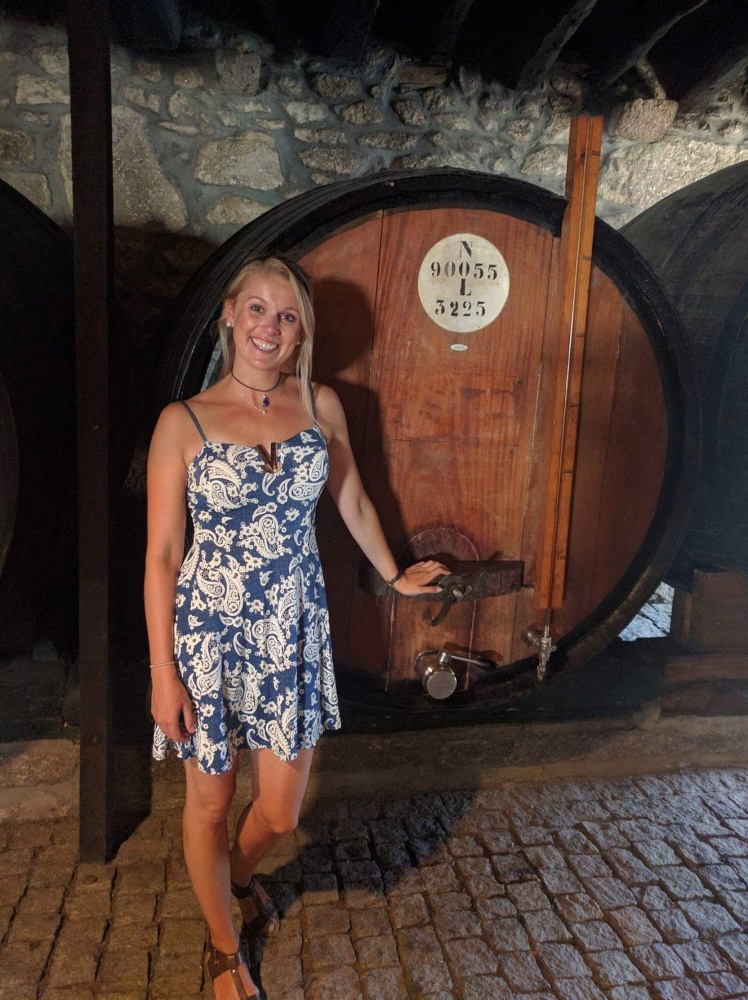 Did you know that JK Rowling wrote the first two Harry Potter books when lecturing at Porto University? Well you do now!
It’s no wonder that the founder of the evil house of Slytherin was named after Salazar – a previous dictator of Portugal. Not to mention the uniform of the Portuguese university students (yes the black robes) used as her inspiration for the Hogwarts uniform. And finally, Lello bookstore. The third biggest bookstore in the World was used as the inspiration for the Wizard bookstore used in Diagon Alley. As you can suspect, I was pretty excited to discover these hidden secrets! 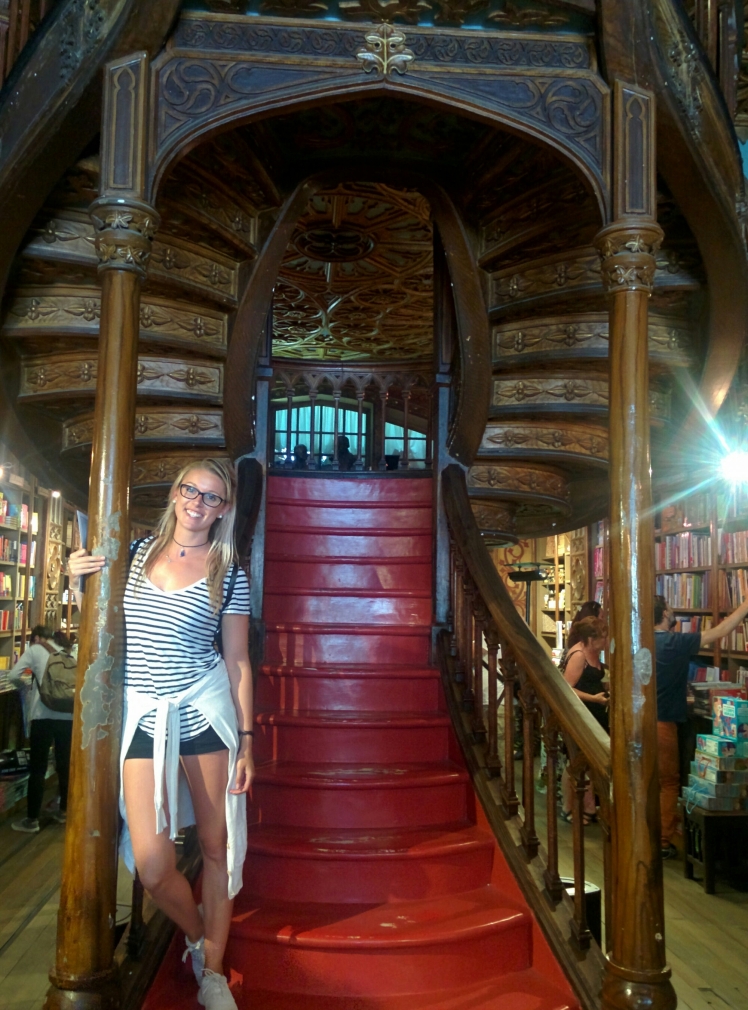 The town is famous for its meaty dish called Francesinha or as I like to call it, “Heart attack on a plate.”
I can’t say we were tempted by the several stacked layers of various meats sandwiched between bread, while melted cheese oozed over its edges before being topped with a fried egg. Yep I warned you – heart attack! However we did try another local dish called Alheira: a sausage made with meats other than pork (also with a fried egg on top), which was originally created by the Portuguese Jews in 1497 as a way of avoiding attention in the Portugese Inquisition.

Yes Porto’s beautiful town is filled with plenty of lovely surprises. Thanks for having us Porto! Next stop Lagos…
Lisa Jane.